A major demonstration was held in Paris on December 11, to observe the International Human Rights Day (December 10) against the mullahs’ bloodletting regime and executions and torture in Iran.

The NCRI President-elect Maryam Rajavi sent a message to the demonstration which coincided with the One Planet Summit in Paris. She said, “Saving human rights and the environment in Iran hinges on regime change.”

She added: The clerical regime and its IRGC continuously destroy Iran’s environmental capacities for their military and security plans, missile program and malign objectives. To contain domestic crises and their own instability, they have resorted to war and slaughter of the peoples of the region. Therefore, the realization of the Iranian people’s urgent demand to bring down the ruling religious dictatorship seeks not only to revive freedom, human rights, justice and the environment in Iran but is essential to peace and security in the region and around the world.

A number French, European and Arab personalities participated along with thousands of Iranians in the rally. They included former Algerian Prime Minister Sid Ahmed Ghozali; Jean-François Legaret and Jacques Boutault, mayors of First and Second districts of Paris; Jean-Pierre Michel and Jean-Pierre Brard, former members of the French National Assembly and Senate; Jean-Pierre Becquet, former mayor of Auvers-sur-Oise; Governor Yves Bonnet, former director of DST; Alejo Vidal Quadras, President of the In Search of Justice Foundation and former Vice President of the European Parliament; Struan Stevenson, President of the European Iraqi Freedom Association; Judge François Colcombet; Mehdi Same’e, chair of the NCRI Industries Committee; Pierre Berci, President of the New Human Rights Foundation; and Jacky Duminy, mayor of Ors. Gerard Lauton read out the message of the President of the Teachers’ Syndicate. Mohmoud Ghobash from the Syrian Opposition, and Jamal Al-Awazi, President of the International Press Agency in Paris, also addressed the demonstration of Iranians in Paris on Human Rights Day. 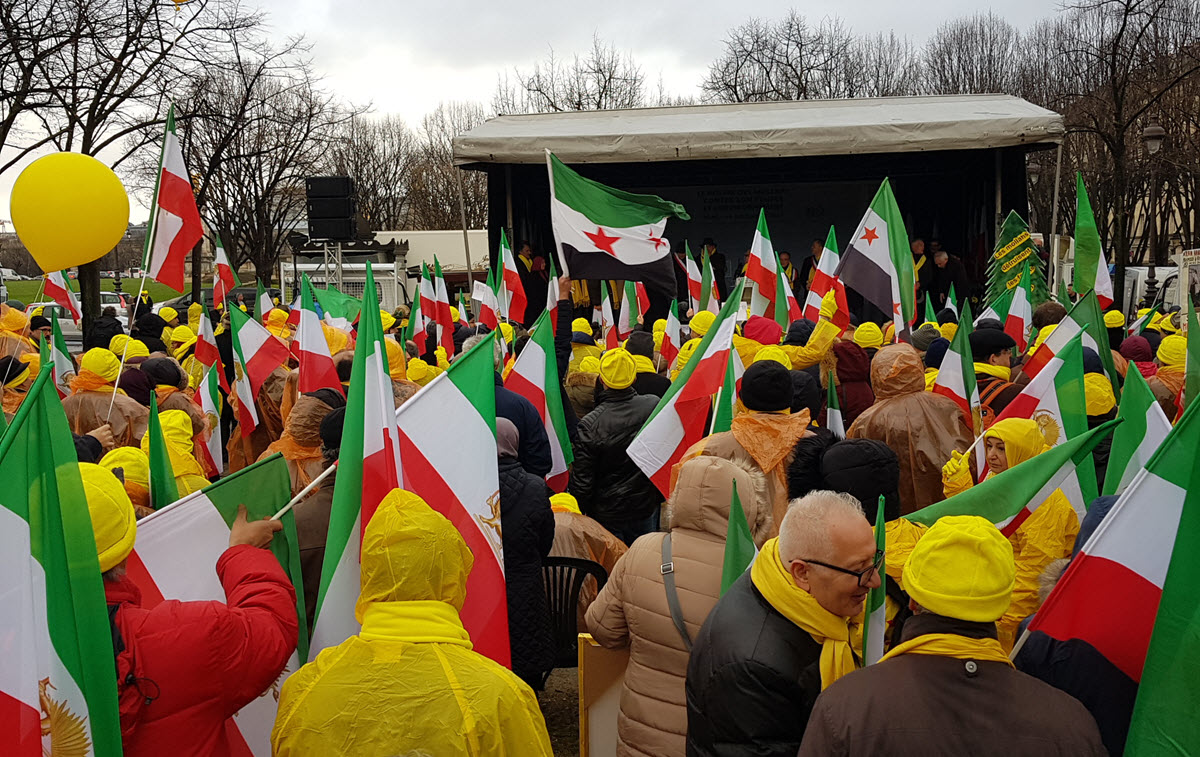 In her message to the rally, Mrs. Rajavi described the 4-decade rule of the mullahs’ theocracy in Iran as an experience of “mounting devastation and destruction” and said, “The mullahs commenced their rule by suppression of freedoms. The pillars of their regime were based on a sea of blood spilling from the bodies of Iran’s best children including the victims of the 1988 massacre. They continued their reign by the export of terrorism and fundamentalism, destroyed the country’s education, art, and culture, ruined its social ethics and devastated the environment.”

She urged the international community to condition their relations and trade with the Iranian regime on end to torture and executions in Iran, and undertake binding measures to stop the regime’s missile program and drive out the IRGC and its militias from countries in the region. She further called for recognition of the Iranian people’s desire and will for regime change. 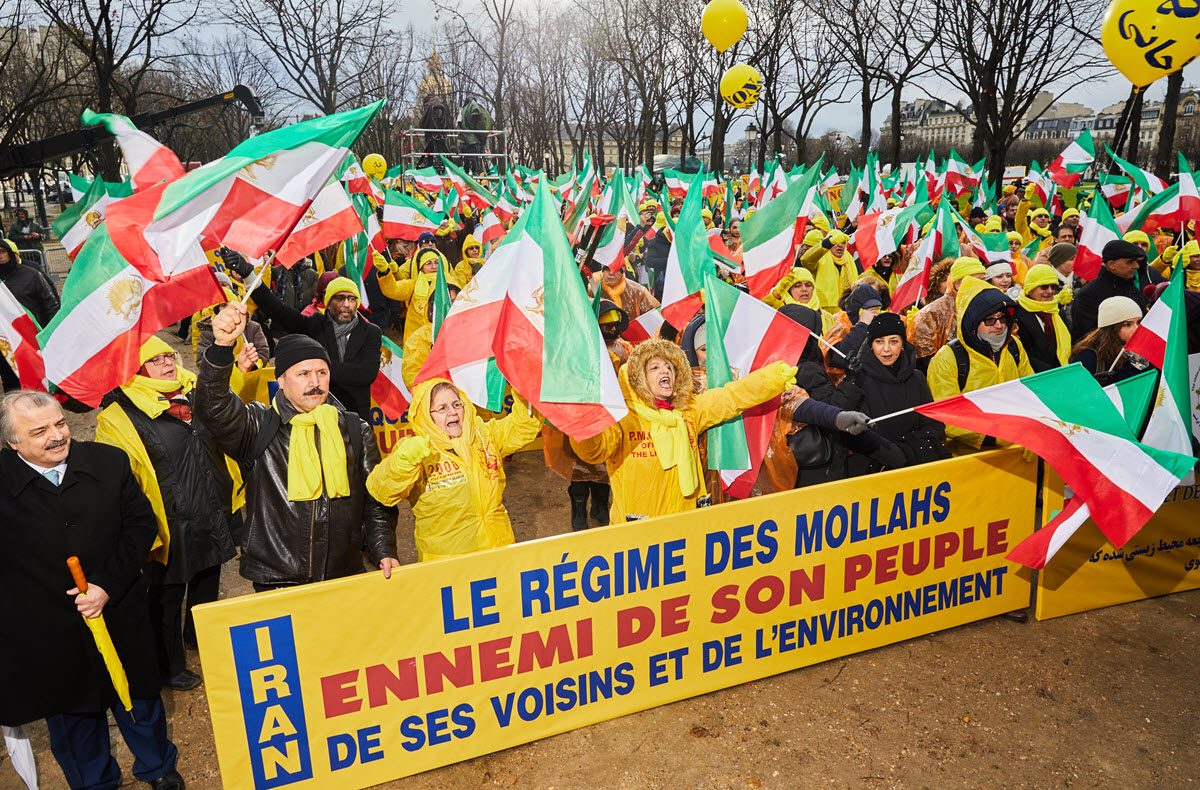 The demonstration ended after four hours by reading out a resolution in support of the Iranian people’s urgent demand for the overthrow of the mullahs’ religious dictatorship. The resolution reiterated that Maryam Rajavi’s 10-point Plan for Future Iran guarantees a democratic society, separation of religion and state, gender equality, as well as equal rights and freedoms for various religious and ethnic groups in Iran. 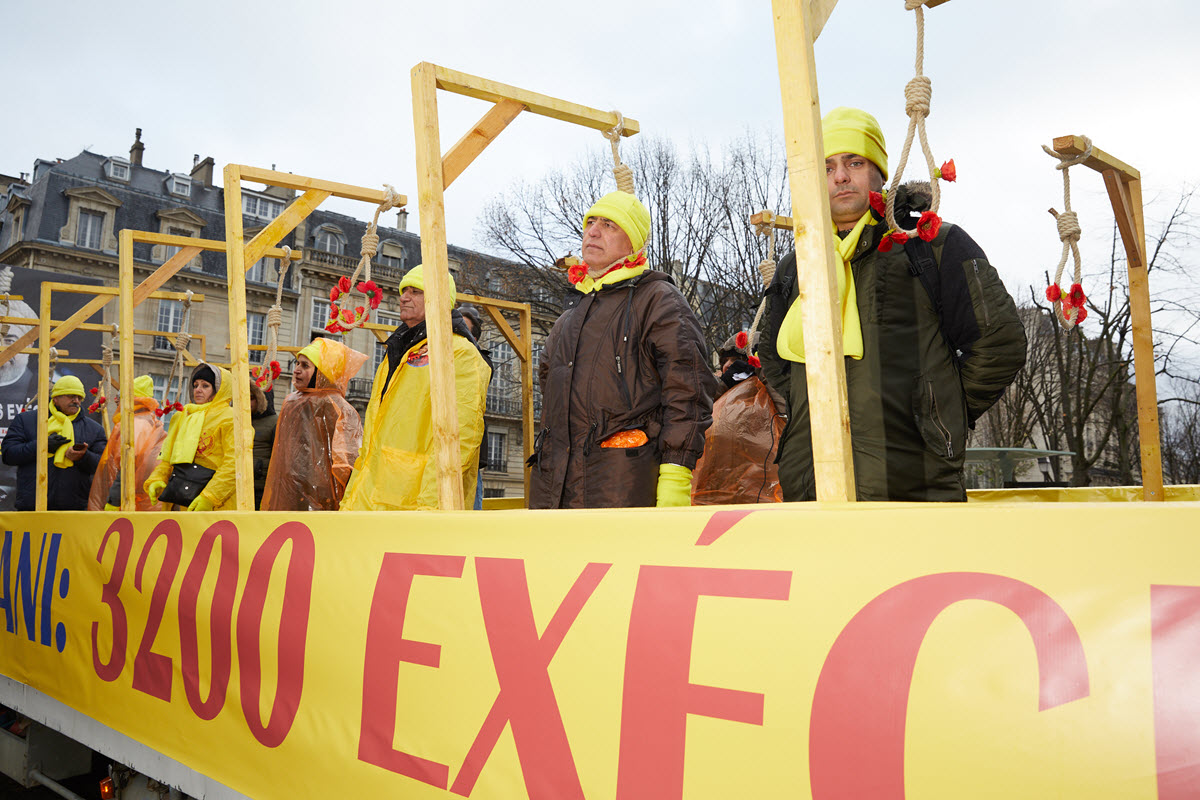 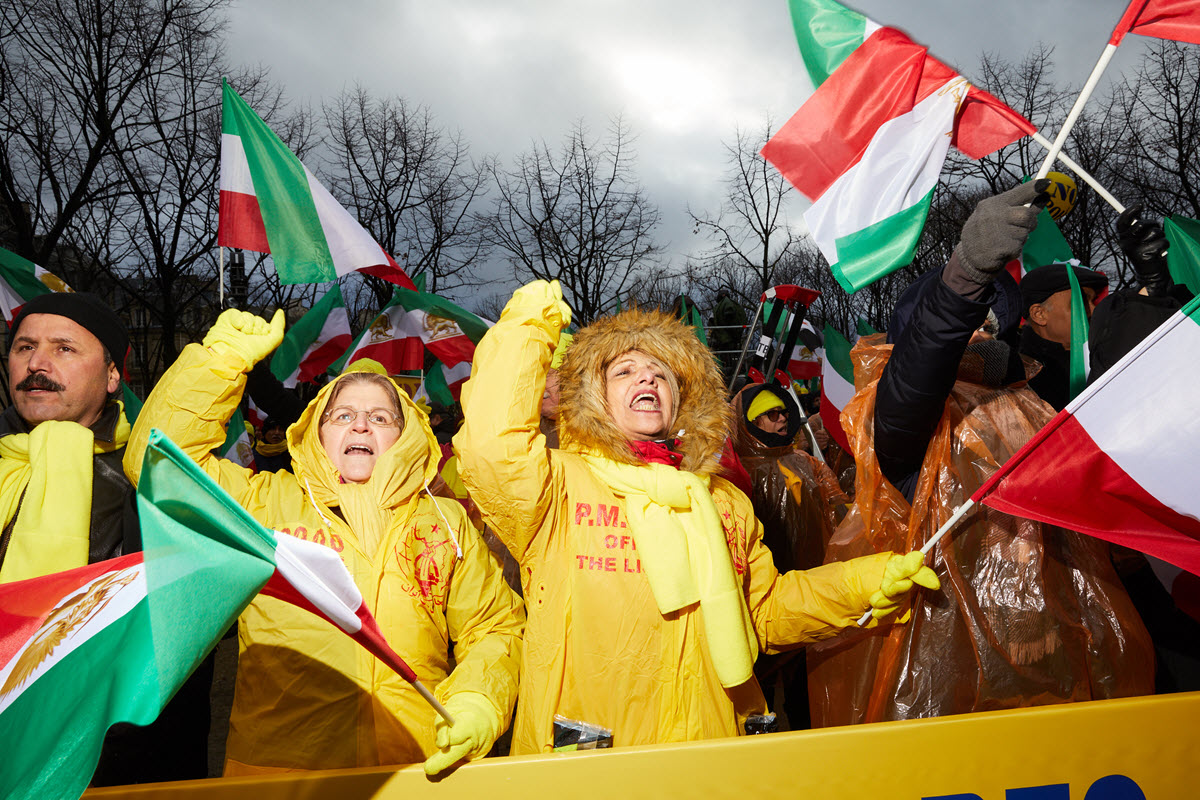 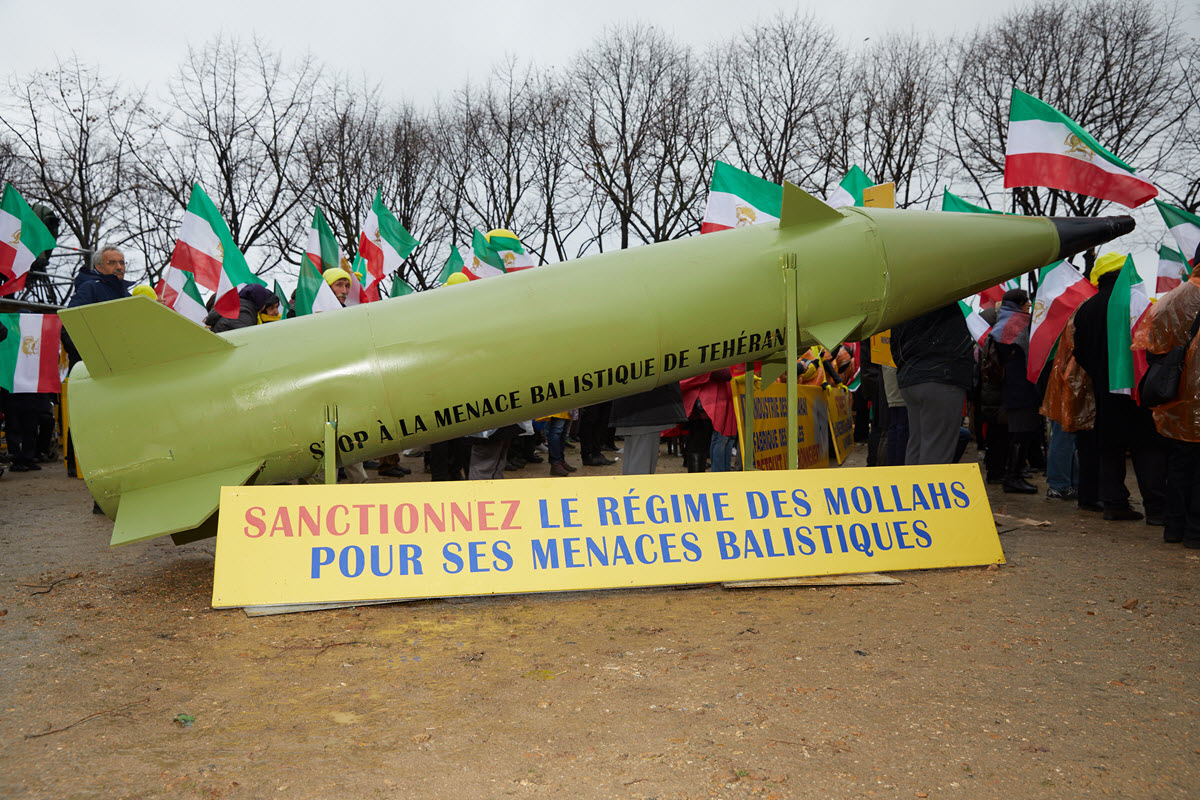