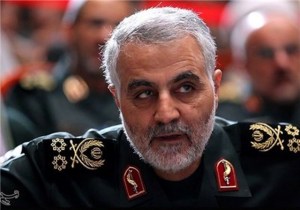 A senior member of the Iraqi National Alliance which includes parties with close links to the Iranian regime, said that Qassem Suleimani would be replaced by his deputy Hossein Hamadani for his failure in Iraq.

Quds Force commander, Suleimani has been in charge of the Iranian regime’s security policy in Iraq since the fall of previous government in that country in 2003.

“The National Alliance member, speaking on condition of anonymity, said Suleimani’s biggest success in Iraq was elevating Maliki to the premiership and keeping his rival Iyad Allawi out of office, firstly in Iraq’s parliamentary elections in 2005, and again in 2009, despite Allawi’s bloc winning the largest number of seats in parliament,” the report said.

Hamadani (Hamedani) is one of the founders of the IRGC in Hamadan Province in Iran in 1980. Until 2009, he was assistant to the commander of Basij force, Hossein Taeb, but was soon promoted to commander of the IRGC in Tehran after his role in suppressing the public uprising.

The National Alliance source told Asharq Al-Awsat: “Hamadani visited Iraq on a number of occasions and all his visits were secret, and some of the visits were made through Najaf [International] Airport as a Shi’ite pilgrim, under false names.”

“I met him once in the home of one of the leaders of the National Alliance where he wanted to listen to our views on the next government before the last elections,” he added. The source described Hamadani as “no less cunning than Suleimani, if not more so, because he was sharper and more extreme,” and said he was “known for his excellence in forming militias and armed groups.”

After the Syrian revolution erupted in 2011, Hamadani, acting as Suleimani’s deputy, was sent to help the Syrian dictator Bashar Al-Assad.

In a rare acknowledgement by a senior commander of the Revolutionary Guards Corps (IRGC) on the Iranian regime’s military intervention in Syria, Hamedani, said on May 4: “Today, 130,000 trained Basij forces are waiting to enter Syria. Today we fight in Syria for interests such as the Islamic Revolution. Our defense in Syria is to the extent of the Sacred Defense (term used by the regime officials to refer to the Iran-Iraq war of 1980’s).”

He added: “Through organizing 70,000 ‘Alawi’, ‘Sunni’ and ‘Shia’ youth in 42 groups and 128 battalions, the IRGC is fighting in Syria… With the prudence of the Supreme Leader and using urban warfare tactics, the number of those killed in this country has diminished and permanent security has been established to some extent.” (Fars News Agency, May 4)

Noting the establishment of Basij force in Syria, he said: this force “has been formed in 14 Syrian provinces and in the occupied provinces these forces have been organized in cells and they have conducted operations against the armed forces ]opposition[… in the past three years 70% of Syria had been in the hands of the armed forces, but fortunately, right now 75% of the Syrian territory has been cleansed and the threat of the toppling of the Syrian regime has been removed.” (Tasnim News Agency, affiliated with the terrorist Qods Force, May 4)