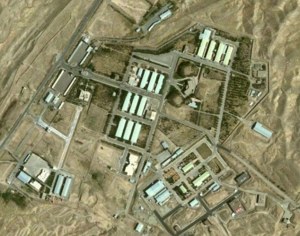 Iran will not give UN nuclear inspectors access to a military base outside Tehran that they have been seeking to visit since 2005, Defense Minister Hossein Dehgan said in a press briefing on

International Atomic Energy Agency (IAEA) director Yukiya Amano, who visited Tehran earlier this month, had said in June that access to the Parchin base was essential for the watchog to be able to certify Iran’s nuclear program as peaceful.

There are serious and lingering concerns that Iran carried out sophisticated, high explosives tests at Parchin that can be used to detonate a nuclear warhead.

In his June report, Amano said satellite photographs suggested that new research was also being carried out at the base this year.

“Since February this year, we again start to observe activities … these activities continue,” he said.

Despite scores of negotiations between Iran and the UN nuclear watch dog, Iran has repeatedly refused the IAEA access to Parchin.

There are consistent reports that the disputed section at Parchin has been subject to major face lift and modifications in the past couple of years, adding fuel to suspicion on the nature of activities on the site.