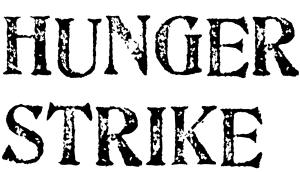 What kind of a world are we living in? As you read this piece, there are hundreds of Iranians across the globe currently on hunger strike for 70 days demanding the release of seven Iranian dissidents abducted by Iraqi Special Forces on September 1st during the vicious massacre in Camp Ashraf, located northeast of Baghdad.

One might just read the above sentence and move on, but we are talking about the lives of hundreds of human beings who have placed themselves in danger by going on hunger strike so they can have their compatriots released.

Iraqi forces linked to Iraqi PM Nouri Maliki, attacked Camp Ashraf on the early morning hours of September 1st with the aim of doing Iran’s bidding and literally massacre all of the one hundred or so remaining unarmed and defenseless residents. From that very day hundreds of Iranian dissidents in Camp Liberty – a former US military base near Baghdad International Airport – launched a hunger strike to demand action by the international community aimed at impelling Maliki release the seven hostages abducted from Ashraf. Also, hundreds of Iranians living abroad in the cities of Geneva, London, Berlin, Melbourne and Ottawa also launched a hunger strike for this same cause.

One might ask why a hunger strike? Weren’t there any other measures they could take to gain the attention for their cause? Unfortunately, this is not the first time Maliki has attacked these Iranian dissidents in Iraq. In fact, Ashraf and Liberty residents have to this day suffered five attacks by Iraqi forces to praise Mullahs ruling in Iran since 2009, with over a hundred residents losing their lives and over a thousand others being injured, in many cases maimed. After each of these vicious attacks, the United Nations and United States pledged to provide protection for the residents, but these attacks somehow kept on occurring.

That is why Iranian dissidents in Camp Liberty and abroad have decided to launch this grueling hunger strike as a last resort in order to break this ‘Firewall’ of silence placed by the international community and to have their voices heard. The question that comes to mind is what kind of a world are we living in, where hundreds of people must risk their lives for a just cause, to have government officials, politicians, lawmakers and even the media recognize their grounds and take action?

Shame on those who turn their backs, close their eyes and shut their ears to such conditions, and literally allow these people die bit by bit each day.