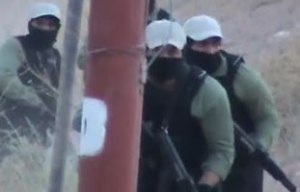 On September 1st, while I was in Camp Liberty, 52 of my dearest friends were murdered by Iraqi forces in Camp Ashraf, where Iranian dissidents had taken refuge for more than 26 years. Seven others – six women and a man – were taken hostage in the course of the attack, one of whom was my dear friend Fatemeh Sakhie.

The US and UN, responsible for the safety of Camp Ashraf and Camp Liberty residents, chose to remain silent and took no action to prevent the massacre or save the lives of the hostages. In protest to this injustice, I went on hunger strike.

That was 67 days ago. After more than two months, I’m still calling on the US and UN to act in compliance to their obligations and take action to free the seven hostages. And while I’m inching towards death, I am determined to continue my hunger strike until my demands are met.

The hostages are under the constant threat of being sent to Iran while they are in the custody of Iraqi government now. I can imagine what awaits them, especially Fatemeh and the five other women; I myself have been victim to the atrocities and human rights abuse of the mullahs’ regime in Iran.

When I was six years old, my brother Naser was arrested by the Iranian regime because he defended women’s rights and freedom for all Iranians. He was only 18 years-old, about to graduate from high-school. He was executed after enduring months of unimaginable torture and torment in the dungeons of the mullahs, to the point that his face was unrecognizable. My father was arrested on the same charges and spent years in prison.

The guards prevented my mother from visiting my mother and answered her requests by splashing scalding hot water on her face.

That is what prompted me to come to Ashraf and join the struggle to establish freedom and democracy in my country.

The United States government had pledged to protect us in Ashraf, but in 2009, it handed over the security of the camp to the Iraqi government, which is allied with the mullahs’ regime, the very same dictatorship that we had fled from.

The result of this broken promise was disastrous: five deadly massacres in four years, 112 dead, and more than a thousand injured. The continued inaction and negligence of the US government is endangering the lives of the seven hostages and the rest of us, who have been transferred to Camp Liberty, a supposedly safe haven – that has been targeted with three times in just the past year.

The US government did not pay heed to our warnings and turned its back on us when it should have protected us. This betrayal has left me and my friends with no other choice than to go on hunger strike to bring attention to our demands and remind President Obama of the consequences of his actions – and, in this case, inaction.

President Obama, whether you care to admit or not, you are responsible for the fate of the seven hostages and the residents of Camp Liberty.