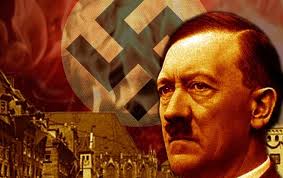 Why have we, hunger strikers, chosen to endure the pain of hunger and, possibly, death? The answer is very simple: First and foremost, we demand the release of seven innocent camp Ashraf hostages who have been taken hostage arbitrarily by the unruly government of al-Maliki, under the eyes of the United Nations. What’s even more outrageous is that the United States and United Nations are expecting the Iraqi government itself to investigate into this crime, which will only help the perpetrator of this atrocity evade suffering the consequences of his crime. This is the same as asking Adolf Hitler to investigate into the “Holocaust”. The negligence of the United States and United Nations will give the green light to the Iraqi government for more massacres, and it is a great insult to human dignity.

On September 10, 2013, roughly a week after the September 1st massacre, 35 American dignitaries, including 10 generals and officers formerly in charge of camp Ashraf’s protection, members of the Congress, former ministers and presidential candidates, wrote to Secretary Kerry, saying, “To ask the Iraqi government, who is the perpetrator of this savagery, to conduct an impartial investigation and to publicly declare its result is utterly ridiculous. Maliki will simply ignore the requests and will interpret United States and United Nations’ weak reaction as a green light to commit more crimes.”

In the July 2009 and April 2011 attacks as well, the Iraqi government tried to lay the blame on the PMOI. On December 11, 2012, Tahar Boumedra, the former chief of the UNAMI Human Rights office and UNAMI advisor to Ashraf, gave a shocking revelation in the British parliament, saying, “I went to Ashraf [after the April 8, 2011 attack on Ashraf] and counted the bodies and returned to Baghdad. Along with Ambassador Butler, I visited Maliki’s chief of staff and security adviser, and we also visited the human rights office and presented the report and told them that 36 people were killed. They looked at each other as if I was making up stories. They didn’t want to view the report. I requested that an investigation be carried out. They said, ‘we have our own method to investigate.’ What is their method? I sat down with them in the minister’s office and they showed me pictures of grenades and a few light firearms and pistols and Kalashnikovs. They said that these documents show that there are firearms in camp Ashraf and the Ashrafis are making use of them to kill one another. Those pictures were distributed among embassies in Baghdad and that was the report and investigation that the Iraqi forces carried out in Ashraf.”

Therefore, I call on the United States and United Nations to immediately force the Iraqi government to free the seven hostages. Our only option is the hunger strike and we will continue till the end. I call on all awakened consciences and advocates of freedom and Human Rights across the world to join our cause and help free the seven hostages and put an end to this injustice.

As the leader of the Iranian resistance once said, “Where there is but a drop of justice, have no doubt that we will prevail.”

This article was written by Yadollah Yazdi, one of the hunger strikers in camp Liberty