Tehran has taken nearly full control over Baghdad thanks to the Obama Middle East Doctrine, blueprinted to deliver a series of incentives to Iran aimed at preventing the mullahs from walking away from the already flawed nuclear deal. One victim of such a failed policy has been the country of Iraq, as Iran gained enormous influence over it under President Barack Obama’s watch.

“Iran is taking over Iraq,” U.S. President-elect Donald Trump emphasized during the campaign back in October.

Iran has continuously meddled in all aspects of Iraqi life, be it political, social, economicand military issues. After Obama rushed to pull all U.S. troops out of the country, Tehran jumped to the occasion and took full advantage.

Like it or not, this huge alteration of U.S. Middle East policy, allowing Iran to play a much heavier role in Iraq, allowed the birth of Daesh (ISIS/ISIL) in Mesopotamia and the Levant. Such a drastic chain of events provided Iran a foothold in Iraq unmatched by other regional countries, plunging all Iraqi society into turmoil.

Baghdad has been influenced heavily by Tehran through a long list of Shiite political parties and ruthless militia groups. These entities have launched numerous campaigns of atrocious measures against mainly the Sunni community in central Iraq. As Obama literally set aside the Iraq dossier in favor of his pursuit to seal the Iran nuclear deal, Tehran sought the opportunity to advance its own plan of action for Iraq by implanting its loyal Shiite elements in various sectors of the government and military/security apparatus.

Iran was also able to launch numerous deadly attacks against its legitimate and democratic opposition, the People’s Mojahedin Organization of Iran (PMOI/MEK), stationed in Iraq at the time. The MEK is known to have first blown the whistle on Iran’s clandestine nuclear weapons program and provided accurate intelligence on Iran’s meddling in Iraq and the entire Middle East.

In its effort, the MEK has unprecedentedly gained the support of thousands of prominent politicians on both sides of the Atlantic, and amazingly both sides of the aisle in Washington politics. Following the recent U.S. presidential election results, the regime in Tehran is currently terrified over the various candidates weighed by Trump for his administration. 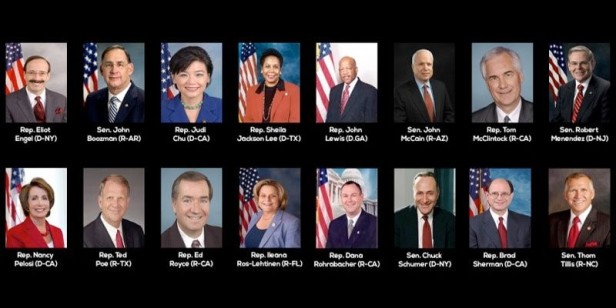 Iran’s lobbyists like Dan Benjamin launching a yellow and biased smear campaign, due to serious concern about the likes of former New York City mayor Rudy Giuliani, former House speaker Newt Gingrich, Ambassador John Bolton and others having such close relations with the President-elect.

The end of Obama’s tenure marks a finale to a period described as the “golden era” by those close to the Iranian regime circle of senior decision-making officials. Unfortunately, the Obama administration provided illogical incentives to the mullahs, leading to the Iranian people ultimately paying the price.

Tehran early on comprehended fully the drastic implications of a Donald Trump White House, especially with the abovementioned figures playing major roles. The mullahs fear all their gains in Iraq being severely threatened due to a new administration in Washington.

As a result of Obama’s failed foreign policy in the Middle East the nations of Iraq, Iran, Syria and beyond have endured enormously harsh conditions. The U.S. administration and Congress have the opportunity to correctly reverse these mistakes.

Evicting Iran from Iraq is the accurate policy that will provide the interests of all nations across the region, and the United States as well. This is the prelude for change in Iran and allowing the Iranian people decide their own fate.

Obama provided much needed life support for the mullahs. Donald Trump should distance his foreign policy from such grave mistakes. This will ensure all populations across the Middle East, suffering too long from Iran’s meddling, that America stands with them in their quest for freedom and democracy.