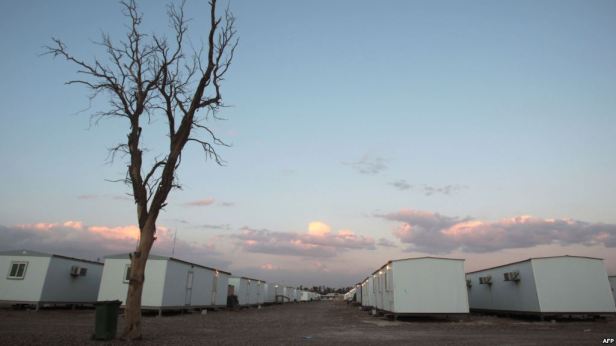 On June 15th 2013, when Iran’s supreme leader, Ali Khamenei, had to cede the position of Iran’s presidency to Hassan Rouhani, he concealed his defeat by launching more than twenty missiles on his strong-minded foes, the residents of Camp Liberty, in Iraq. For Khamenei, although Rouhani was not his candidate but. his fears, that the 2009 post elections uprisings may repeat itself, made him bow to the circumstances.

Calling himself a “moderate,” Rouhani posed himself to the west as a new face of a new era in Iran. Despite his predecessor, Mahmoud Ahmadi Nejad, Rouhani pretended he was for the youths and the civil liberties in Iran. The 2013 presidential election in Iran might have seemed to the west as a new window to make business with Iran, but it was not any knick-knack for the Iranian people who stayed indifferent to the “elections”. 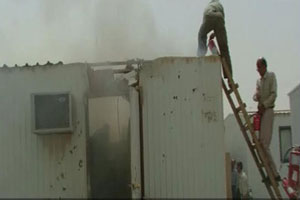 Now, one year has passed since Rouhani came to office. Although he still tries to smile for the cameras, but the events of the past twelve months have shown that Rouhani is no lifesaver for the Iranian regime. The mullahs’ present rule in Iran is the most hated regime in Iran’s contemporary history. The state of war between this regime and the Iranian people remains as the most determinant factor.  It was to avert this popular outrage that Khamenei stepped aside last year to let Rouhani go forward, and for the same reason Rouhani has escalated the number of executions in Iran.

Has Rouhani really changed anything for the “Islamic” republic of Iran, or they are all drowning in the same bog. Speaking for the Nobel Peace institute in Oslo, on February 24, Mrs. Maryam Rajavi, the president elect of the Iranian resistance, presented Rouhani’s record as:

“An increase in political executions and pressure on political prisoners including among others denying them of medical treatment, further filtering internet and banning social media, continued suppression of women, and ethnic and religious minorities persists.”

She also added, “In the region, the regime’s record includes participation of the Revolutionary Guards in the genocide against the Syrian people, providing arms and all other support for terrorist groups, and more meddling in Iraq and other countries of the region. “

Some other events of last year also showed the inability of Rouhani‘s government for any kind of “moderation”.  In early March when Catherine Ashton, the European Union’s foreign policy chief, visited Iran, she created an earthquake in Iran’s ruling system when she also met with human rights activists and families of the Iranian regime’s victims of execution. The reaction of the Iranian mullahs to a report issued earlier by the Secretary General, Ban ki Moon had not been any different. Early in March, Mr. Ban Ki Moon delivered his report about the “continuation of violations of human rights in Iran” to the United Nations Human rights Commission. He stated in his report,   “The new government has not changed its approach regarding the application of the death penalty and seems to have followed the practice of previous administrations, which relied heavily on the death penalty to combat crime.”  In response to Mr. Moon’s report, Larijani the head of the Iranian judiciary system described the executions as “the international community should be grateful for this great service to humanity.”

A few days after Mr. Moon’ s report , Ahmad shaheed  the UN  special rapporteur on the violations of human rights in Iran in a comprehensive report criticized Iran’s non independent judicial system, threats on lawyers and also the dominance of regime’s security forces over the Iranian courts.

We, the residents of Camp Liberty, pay tribute to our beloved friends, Javad Naghashan and Kolssoom Sarahati, who were martyred on June 15th, last year, in the regime’s 3rd missile attack on Camp Liberty.

Do you think we can avoid future attacks?