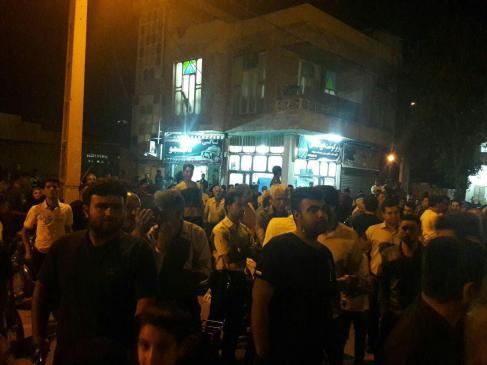 People are continuously sending mobile footages of police raid on civilians in Kazeroon. Young men and women are severely wounded and rushed to hospital, as more citizens are coming to help. Some are trying to block the road, where a convoy of riot vehicles from Shiraz have been ordered to support Kazeroon’s police to crack down on protesters.

Eye witnesses say some are attempting to take control of the police station to stop the killing. Other nearby cities and provinces are sending messages of condolences to families of those killed.