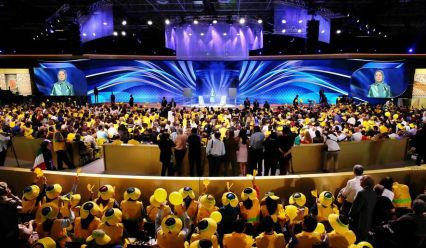 Tomorrow, May 6, in an effort to show bipartisan support for the convention, Mayor Rudy Giuliani and Governor Bill Richardson will be the keynote speakers at this year’s convention. Mrs. Maryam Rajavi, the NCRI’s President-elect, will address the convention in a video message. In attendance at the 2018 Iran Freedom Convention will be 1,000 delegates of Iranian-American communities in 40 states. Among them are scholars, academics, technology leaders, artists and representatives of women and youth.